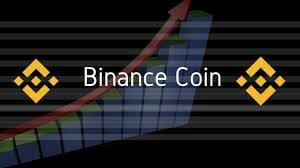 A Bitcoin privacy and scalability upgrade dubbed ‘Taproot’ has passed a major milestone leaving it just a few steps away from being merged into the Bitcoin blockchain. Taproot proposes some major changes that if implemented will improve bitcoin’s scalability and privacy immensely. If all goes according to plan, Taproot could turn out to be one of the greatest to ever upgrades on the bitcoin blockchain. The most recent significant one being the Segwit scaling upgrade implemented in August 2017 after a lengthy and fierce debate.

Pieter Wuille, a Bitcoin Core contributor, submitted a work-in-progress Taproot code on GitHub as a ‘pull request’ on January 21 implying that it was ready to be reviewed by other developers. This marks a major milestone that may go largely unnoticed outside the blockchain technical circles. But, for the bitcoin developer community, the submission is an important step towards improving privacy and scalability.

Submitting a pull request does not mean that the changes are immediately merged on the blockchain. Rather, it is a critical step in the process of transforming an idea into an official upgrade. Further scrutiny of the code is required to check for errors and suggestions of improvement before it is then subjected to the community for a vote. All decisions are made through unanimous approval of the people running the network since bitcoin is a decentralised global network without a central key leader. The Taproot upgrade will be subjected to this process and will only be effected if it gets approval.

Moving forward, there’s still much ground to cover with the proposal moving to the next phase where the code will be subject to public scrutiny. Also, the proposal will be opened up for another round of debate with developers reviewing the best path to follow in effecting the changes with minimal bumps on the way.

Looking back, the Segwit upgrade revealed that this can be an arduous journey and that the changes may take quite long before they can be effected. But for now, the bitcoin community can revel in this new development that gives new hope for achieving scalability and improved privacy for Bitcoin. After all, Wuille’s pull request shines a light on what has been mostly happening behind the scenes and signifies that the code is ready.